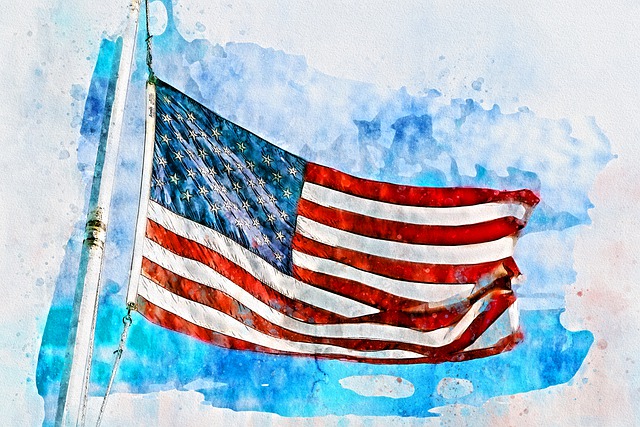 I recently authored a column in which I detailed the division within the Republican Party of Wisconsin (RPOW). The division is between the Party elites at the top and the grass roots. I detailed some advice on how to close the gap and it starts with Party elites like Assembly Speaker Robin Vos, State Senate Majority Leader Devin LeMahieu and RPOW Chairman Paul Farrow discontinuing their arrogant behavior of dictating to the base voters.

In my experience, it appears that the RPOW in Madison has become more authoritarian and detached from voters. They are not welcoming of other people’s viewpoints. They want to tell those with opposing views about what the direction of the conservative movement should be -Shut up, sit down, and get in line. That dog won’t hunt this time.

It has long been my view that a plurality of views should not be perceived as a threat to the establishment. I further believe that dissent is healthy in a democracy. It should be embraced, not shunned. I have always promoted a clash of ideas. Everybody’s voice should be heard. Then and only then will most people coalesce around an agreed upon direction. Consensus occurs after an exchange of ideas, not before.

I started Rise Up Wisconsin last summer as a nonprofit. The vision was to be a place where grass root conservative individuals would have a voice and a seat at the table in the Wisconsin State legislature.  As I talked to more and more people throughout the state, a growing frustration became apparent.  The concerns of the grass root individuals were being ignored by the RPOW Party elites and leaders. So, I listened and did something to help by starting Rise Up Wisconsin.

I want to remind the RPOW officials in Madison of something. In a representative democracy, government is not sovereign, political parties are not sovereign, We the People are sovereign. President Ronald Reagan reminded people in his farewell address in 1988 that, “We the People, tell government what to do, it doesn’t tell us.” He went on to say, “We the People, are the driver, the government is the car, and we decide where it should go and how fast.” That might be old fashioned to Vos, LeMahieu and Farrow but it isn’t to us at the grass roots level.

I further want to remind the Republican Party of Wisconsin that most people who vote Republican do not belong to the Republican Party. You need to be reminded that it is a privilege for you that they vote Republican. You should be more humble in receiving their vote. You take their donations, their help at phone banks, their knocking on doors at election time and then you treat them like crap after the votes are counted?  Seriously? They are not required to vote Republican and if you continue to kick sand in their faces, maybe they should reconsider. There are write-in options and voting for primary challengers against Party force-fed incumbents as alternatives.

Here is what led me to address this issue once again. Recently, some guy who claims to be the Chair of the Eau Claire Republican County Party wrote an attack piece singling out me, as President of Rise Up Wisconsin, along with other conservatives with an opposing viewpoint against the GOP establishment. He identifies himself as Scott Bolstad. He is also a campaign staffer for Senator Ron Johnson. In Bolstad’s missive he makes some interesting observations. He acknowledges that there is Party infighting. Then he goes on a rant about a group wanting Speaker Vos to have the legislature take up the issue of recalling Wisconsin’s 10 electoral votes from the 2020 Presidential election.

Let me be clear on this. I have not one time taken up a position on recalling Wisconsin’s ten electoral votes. It has always been the position at Rise Up Wisconsin that we needed a full cyber forensic audit of all the ballots and envelopes. This still has not happened, by the way. There are a lot of irregularities in these ballots. We need fraud investigation experts to examine the ballots. This is not a recount; it is an audit to detect potential fraud. The issue of decertifying Wisconsin’s ten electoral votes was started after our call for a full cyber forensic audit last August. Decertification wasn’t started by

Rise Up Wisconsin. We at Rise Up Wisconsin, to date, have no dog in that fight however this group deserves to be heard. Nevertheless, the fraud will continue until people at the Wisconsin Election Commission and certain city and county clerks are perp-walked out of their offices, marched into a court of law, and criminally indicted for violating Wisconsin election laws already in place.

But Bolstad doesn’t stop there. In his letter he asks a series of questions. Among them were these: “Who benefits from this infighting? because it is certainly none of us.” Bolstad goes onto ask, “Who is funding Rise Up Wisconsin? How much is its Executive Director David Clarke being paid? I have heard it is $16,000 per month.” He ends by saying, “not bad work if you can find it.”

That is a smear to delegitimize me and Rise Up Wisconsin. It is really none of his business but since he asked, I demand that Bolstad produce who he “heard” that from and then retract that lie and apologize to the volunteers at Rise Up Wisconsin, none of whom are paid, including myself. I will consider legal action for defamation of me and Rise Up Wisconsin Inc, if no source is put forth by Bolstad along with a public retraction and an apology. That’s how I fight. Scott Bolstad needs to focus more on helping Senator Ron Johnson defeat Mandela Barnes and less on Rise Up Wisconsin and David Clarke.

I want to remind Scott Bolstad of one last thing. I will not be lectured to by an RPOW elite like him. Neither I nor we at Rise Up Wisconsin. will ever take marching orders from Scott Bolstad, Robin Vos, Devin LeMahieu, or Paul Farrow. I don’t work for them. I take my orders from grass root individuals. My allegiance is to them not the establishment.

In service to We the People of Wisconsin