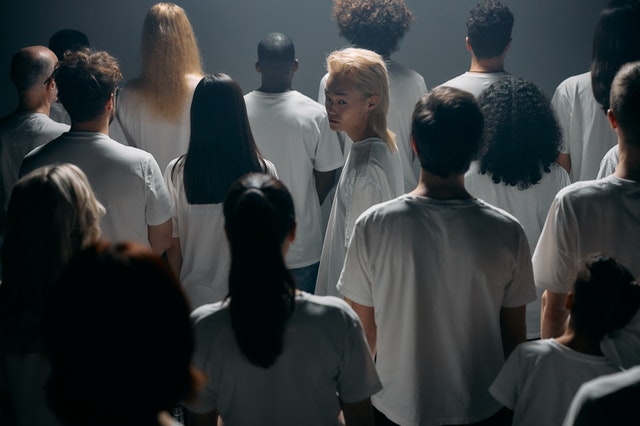 Intra party infighting is occurring within the Republican Party of Wisconsin. Infighting occurs, especially
after success but there are several principles in group dynamics that are being ignored by Party officials.
That, is at the heart of the division.

Anybody who understands group dynamics knows that keeping everybody together in a group or
movement is a never ending challenge. Whenever there is human interaction, which is what group
dynamics involve, there will be the potential for conflict. That conflict has to be managed. If it is not or it
is ignored things will unravel and fast.

People involved in any type of group or movement will not always agree on everything. Addressing the
grievances of those who have a different view on things is paramount. People have a desire to be heard
in group dynamics. It doesn’t matter how wrong or uninformed they might be. The most effective
mechanism to use toward the minority opinion or a disgruntled individual in group dynamics is to listen
and understand where they are coming from. In other words, put yourself in their shoes for just a
moment. Sure, maybe they have taken their eye off the prize but when people feel that they aren’t
being heard, they won’t care about the prize.

This is, in my opinion, at the heart of the in-fighting with in the state GOP. There is a critical mass of base
conservative voters who feel they are not being heard by Party officials and elected representatives in
the legislature. In other words their grievances are not being addressed. It is the number one complaint I
hear from base voters. I am at ground level. I, unlike GOP Party officials and elected members of the
legislature, have my finger on the pulse of the base voter. There is a huge disconnect between what the
base sees as important and what the political class sees as important. The question becomes, how to
bridge the divide and keep it from becoming an underground effort to torpedo the movement.

One of the mistakes that the GOP establishment is making, is taking for granted that the disenchanted
base at election time will automatically acquiesce and turn out to vote the Party line. That is a huge
miscalculation. These are not your grandfather’s conservatives who will tow the line and do what they
are told. In the Georgia Senate run-off in 2021, the GOP lost both races because 30 plus percent of GOP
voters who turned out in November 2020, did not return to participate in the January run-off. When
polled, voter apathy and disenchantment were the reasons. GOP voter grievances about the 2020
election weren’t being heard. Right, wrong or indifferent is irrelevant. They didn’t show up.

Currently these angry voters are being told to sit down and shut up by the arrogance of Wisconsin GOP
officials and elected reps. They are being ordered to get in line. That is not an effective strategy to
dealing with these independent minded voters. One of two things will happen or both if they aren’t
listened to. Some will bow out in upcoming elections and some will do everything they can to
metaphorically burn the house down.

Memo to Assembly Speaker Robin Vos, Senate Majority Leader LeMahieu and Republican Party Chair
Paul Farrow: Stop dictating to the disgruntled base. Meet with them and keep your trap shut. Try
listening. Give the impression that they are being heard. They can be brought back into focusing on the
target but not with arm twisting tactics or dictating to them. That dog won’t hunt this time. Not with
these folks. Rid yourselves of the hubris you are currently displaying in order to narrow the divide and
bring people back into the fold.